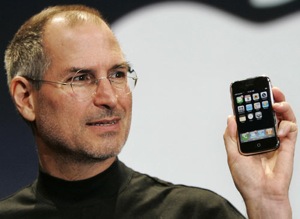 Apple’s culture of secrecy and control around iPhone development may mean we now have a series of University courses preparing to spring up to train new developers – but continues to thwart more informal means to bring knowledge to the developer community – there’s not even a book – but there was going to be.

Publisher Pragmatic Programmers has a complete book on iPhone development ready and waiting. The title will be a huge boost to many iPhone developers, particularly one-person shops who crave a little help in what they are trying to do. The title seems likely to be very successful – except it will never make it to print.

Here’s why – and Apple’s culture of secrecy and control around the iPhone is squarely to blame, as the publishers explain (and thanks to John Gruber for the eagle eyes)…

"We’ve had the iPhone book ready to go beta for some months, but were prevented from publishing it because of the iPhone SDK’s Non-Disclosure Agreement (which affects all publishers regarding this material, regardless of whether the reader is a member of the ADC or not).

"Normally, pre-release NDA’s such as this one are lifted when the product finally ships. We expected that this NDA would be lifted when the iPhone 2.0 software shipped, but it wasn’t. The September announcement came and went, and still the NDA remains in place.

"It now appears that Apple does not intend to lift the NDA any time soon. Regrettably, this means we are pulling our iPhone book out of production. But all is not lost: we are actively looking at alternative ways of getting this content to you. It probably won’t happen anytime soon, but know that we are doing what we can."

This news is only going to add to the huge furore surrounding the way Apple has recently begun rejecting applications with ever-increasing enthusiasm. Seems an application only has to slightly duplicate one of Apple’s core functions for a rejection to take place. And that’s annoying many developers, as clearly described in Jason Snell’s report here.

Delicious Monster developer, Will Shipley, believes Apple needs to remove its control over shipping apps – beyond ensuring security, protecting against scams and preventing illegal content – he argues that the market should decide which apps succeed or fail. And developer Brent Simmons says Apple’s insistence on maintaining control is "a mistake," calling the behaviour "definitely beneath the company".

There’s another complaint: Developers have been complaining that the terms of the non-disclosure agreement (NDA) Apple demands they keep to are so onerous they can’t even properly discuss what they are working on between different dev firms – even when developers concerned have all signed that NDA. The situation seems to be becoming ever more frustrating, driving some developers to quit iPhone and shift to Android.

And that is no good thing.

Should Apple open up here? Is it taking a wrong path? And sure, we know there’s lots of money to be made in App development, but is Apple over-playing its custodial role? Is it acting as a curate of opportunity, or a camp commandant of discipline and control? Choose your position in our poll, or spare your few cents worth in comments below….