Is this the new MacBook Pro? 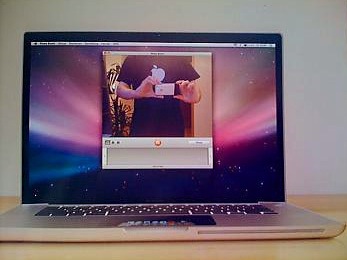 "The alleged MacBook Pro (pictured at right) appears to have the characteristics described in early speculation with aluminum casing, glass track pad and rounded edges. The addition of the black trim around the screen looks amazing,” writes iPhone Saviour.

The new designed Mac laptops are expected to have a black surround to the screen, a la iMac – but given that this image appeared shortly after a speculative report exploring the new specs, we think the presence of an Apple logo-T-shirt-wearing element to the image actually suggests this is a Photoshop job. Well, we should know soon enough, come October, – and we’re curious about the ‘brick’…