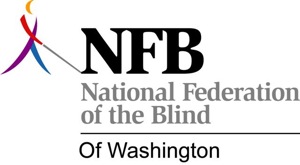 In a positive step , Apple has reached a deal with leading groups to make iTunes, the iTunes Store and iTunes U more accessible to the blind.

The move follows the release of iTunes 8 this month, which contains significant accessibility improvements – but these are to be extended under the new deal Apple’s reached with The National Federation of the Blind and Massachusetts Attorney General Martha Coakley.

Apple will now make iTunes fully accessible by December 31, 2008, and will ensure the full accessibility of the iTunes software and the rest of the iTunes Store to blind people using both Mac and Windows operating systems by June 30, 2009. Over the next three years, Apple will continue to work with officials in the office of the Massachusetts Attorney General and the National Federation of the Blind to ensure that the iTunes services remain accessible to the blind and that accessibility issues are resolved. Apple has also agreed to contribute $250,000 to the Massachusetts Commission for the Blind to assist the agency in providing adaptive technology to blind residents of the Commonwealth of Massachusetts.

Dr. Marc Maurer, President of the National Federation of the Blind, said: “Computer technology is a critical means of access to business, education, information, and entertainment in the twenty-first century, and the blind must have equal access if we are to be equal participants in society. By making its extremely popular iTunes service fully accessible to the blind, Apple is setting an example that should be followed by the entire information technology industry. The National Federation of the Blind is pleased to have worked with Attorney General Coakley and her staff to reach this important agreement with Apple, and we will continue to work tirelessly until the blind have equal access to the full range of products and services available to the public through the Internet and other information technologies.”

“Our office is committed to providing equal opportunity to all citizens of the Commonwealth of Massachusetts,” said Attorney General Martha Coakley. “This agreement will benefit blind Commonwealth citizens and all blind Americans by making one of the most widely used computer applications accessible to them. I applaud Apple for its commitment to accessibility and look forward to continuing to work with the National Federation of the Blind to ensure that rapid progress is made in making the iTunes software and services usable by everyone.”