PlayFirst, Namco get their iPhone game on 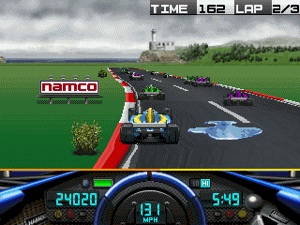 Seems you can’t turn a virtual page on any website without coming across yet more news about games making it to the iPhone – clearly the platform’s attracting big attention – to the extent Nintendo plans to add games and a camera to a new model DS later this year.

Today’s big gaming news sees causal games publisher PlayFirst promising to unleash many more of its titles onto the Apple platform. You may remember this is the company that bought Diner Dash to the iPhone most recently.

Speaking to Stuart Dredge at PocketGamer, company CEO John Welch promised to bring Chocolatier, Dream Chronicles, Parking Dash, Cooking Dash, and one other unnamed game to the iPhone this year.

"We are very bullish on the iPhone, both in general and because our catalog and technology fit it so well, so assuming its great momentum continues you’ll likely see all of our top properties there," he said.

On development he revealed, "iPhone looks more like a Mac than a phone to us. It is a mostly homogenous platform, and similar enough to a Mac that we were able to port our Playground SDK to auto-magically generate playable games.

Also today, Namco Networks, a leading publisher and developer of mobile games and entertainment for the mass-market casual gamer, today announced the worldwide availability of Pole Position: Remix for play on the iPhone and iPod touch.

“Pole Position: Remix is a fun and intuitive game that anyone can take for a spin,” says Scott Rubin, senior vice president, Namco Networks. “Similar to playing a racing game in an arcade, Pole Position: Remix makes you feel as if you are actually getting behind the wheel and racing on the track, screeching around turns and breaking to avoid a cra

Each track in Pole Position: Remix can be played in four racing modes: Practice, Single Race, Grand Prix and Sudden Death. Points are earned for the distance traveled and for passing competing cars. If players race well, players can unlock reversed or mirrored versions of the tracks, race in new cars and experience different themes.