Smart war Holidays – Does Santa use a iPhone? 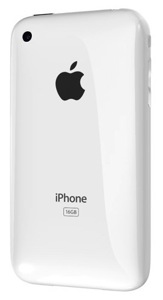 Warning: Even if all you want are new socks and a pair of comfy slippers, the crystal balls and tea leaves are warning us to expect a smartphone-focused Christmas – that’s assuming Wall Street’s money-men haven’t greedily invoked the world’s poorest holiday season in 50 years through their mendacity…

Expect the most competitive market yet as handset makers tousle for pre-eminence. Nokia, Sony Ericsson, Apple, Research in Motion, Palm, Android, Google – looks like all the tech firms are making it to this party. (Sadly, Microsoft couldn’t really make it this year, and plans to ship its most advanced Windows Mobile 7 late next year, or something.)

So what’s on? Well, all the analysts (in between checking their in-tray for a pink slip) right now are pointing to new music and handheld services, such as Nokia’s ‘Comes With Music’ or Sony Ericsson’s ‘PlayNow Plus’ as battle points to take on Apple and its iPhone – and each other…

By the way – Strategy Analytics thinks these services have a strong chance of undermining iTunes, at least a little. In a recent consumer study by Strategy Analytics, 84% of respondents indicated a willingness to pay for a subscription-based music service where they were allowed to keep the music at the end of the term. 34% indicated they would pay $10 per month or more, the analyst said.

David MacQueen, Director of the Strategy Analytics Wireless Media Strategies service, noted, “While subscription-based services have not performed well to date, our consumer research shows clear latent demand for subscription music, demand which is not being filled by current services.”

“The digital music industry will change significantly over the coming months and years as services such as PlayNow Plus, Comes with Music and others launch. We expect rollout to be relatively slow, and it may take some time for the impact to be felt in the US in particular, but existing services cannot afford to rest on their laurels,” he added.

Saying that, neither subscription nor mobile music services have really hit a nadir, and while there has been much talk as to how these are the future of music, to be deadly honest the only people primarily saying this are analysts. Apple competitors and people at the labels. The fate of these two new mobile music services is bound to be closely watched. Also it must be worth considering if consumers will be prepared to sign-up for another monthly bill when they aren’t entirely sure what the economic future is likely to bring. These moves could see ‘Fail’.

Beyond the mobile sector, Research In Motion’s making its plan, too, plotting its Blackberry Storm 9350 touch-sensitive handset as its very very own ‘iPhone killer’. (There’s been some reports that final development of this has hit some obstacle or other, but the company is still expected to ship its answer to Apple in Q4). RIM holds the enterprise mobile space, but may have too much hope invested in its newest system, warned Needham & Co analyst Charles Wolf last week.

Not all analysts agree. "There is a hairball in the supply chain but RIM doesn’t screw up and they don’t put out junk," Michael Finneran, analyst, dBrn Associates, told InternetNews.com. "This is their shot at the iPhone," he said, adding he expects Storm to arrive in November.

Expect more from the Google  Android OS, too, Motorola is looking to boost its Android OS development team from a current team of 50 developers to 350 in response to the arrival of Google’s G1 HTC handset, the Washington Post has explained.

The future seems pretty dark for Palm, despite the presence of Apple alumni Jon Rubinstein on its team. That company faces more innovation in the mobile device industry than it could have expected and still hasn’t revealed a great deal about its own promised smartphone system,

All this competition is driving smartphones into the consumer sector, an analyst explained. "From a vendor point of view, we expect to see RIM continue to be clear the market leader, but also expect significant volumes from Apple," Peter Cunningham, Canalys analyst, told InternetNews.com.