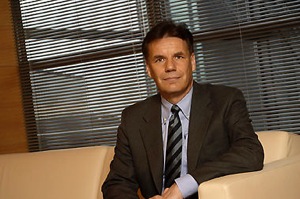 Nokia boss (President and CEO) Olli-Pekka Kallasvuo is full of praise for Apple, though he’s digging in his heels to compete with the iPhone company.

He described Apple’s impact on the industry across the last year and said the company had done the industry "a big favour".

As reported by Reuters, he observed, "We have a new, credible competitor in this business. You know I need to take my hat off," he said of how the iPhone has raised expectations for phones. But he’s still preparing a fight back, with looming missions such as the UK launch of Comes With Music and imminent release of touch-sensitive handsets.

He’s still not sure about Google, rhetorically asking attendees at the Churchill Club, where his statements were made, "What is the new thing they bring here?"

The CEO also promised to match Research In Motion and its Blackberry in the near future, at least as per email, "We will exceed the RIM client (BlackBerry) in some months with a very good e-mail system," he promised.

Olli-Pekka joined Nokia in 1980 as Corporate Counsel, and has held roles of increasing responsibility since that time. He was born on July 13, 1953, in Lavia, Finland.  Nokia has a customer base of one billion handsets.