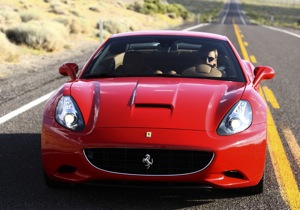 Apple co-founder Steve Wozniak may have pronounced it dead, but it looks like there will be iPod connections pre-installed in over half the new cars introduced in the US next year.

iSuppli points out that this trend reflects automaker’s growing understanding that they must pimp out their rides with ever more technology.

"US consumers for the past few years have been demanding improved connectivity between their vehicles’ audio/video systems and their media players, particularly iPods," iSuppli explains.

Seems the response is strong:

– 39 percent of vehicle models sold in the US in 2008 expected to offer iPod integration options.

– In 2009, this will rise to 58 percent of car models, which will have iPod support available from the factory, marking the first time that more than half will sport this feature.

For the also rans of digital player, manufacturers are focusing on USB as an interface, this will be available on one-third of available vehicle models next year – from 16 per cent in 2008, the analysts said. Bluetooth will rise to 82 percent in 2009, either as standard or optional equipment.

“The automotive industry is at the point where in-vehicle technologies – or the lack of them – are influencing sales,” said Phil Magney, vice president of automotive research for iSuppli. “The charge toward greater technological integration has been led by car makers like Hyundai and Honda, which are making USB/iPod combination interfaces standard on many of their vehicles. It’s also been spurred by those like Audi and Mercedes, which offer integrated Media Device Gateways that allow any device imaginable to integrate with a vehicle.”

iSuppli’s Technology Availability Index also reports that embedded Hard Disk Drives (HDDs) used in infotainment systems will be available in nearly one-third of the 2009 model lineup, or in approximately 88 models. This trend is fueled by the increasing size of digital maps and related content along with storage for audio files. Higher-definition maps, 3D images and tens-of-millions of Points of Interest (POIs) demand HDDs with greater data capacities, even as data aggregators develop better compression methods. OEMs like Chrysler, Mercedes, Ford, Volkswagen and Nissan have responded by integrating HDDs into their current products.

Another feature that is more evident in the 2009 model year is real-time, location-based content – real-time traffic will be part of the deal with some car models from Ford, Volkswagen, Mercedes and GM, the report observes, and Bluetooth and satellite radio support are also becoming de rigeur.

IMAGE: A fast car – the Ferrari California which made its public debut at the Paris Show this month, it boasts an infotainment system with 6.5’’ touchscreen, Sat Nav, USB connection, Bluetooth, hard disc, voice commands and iPod connector.