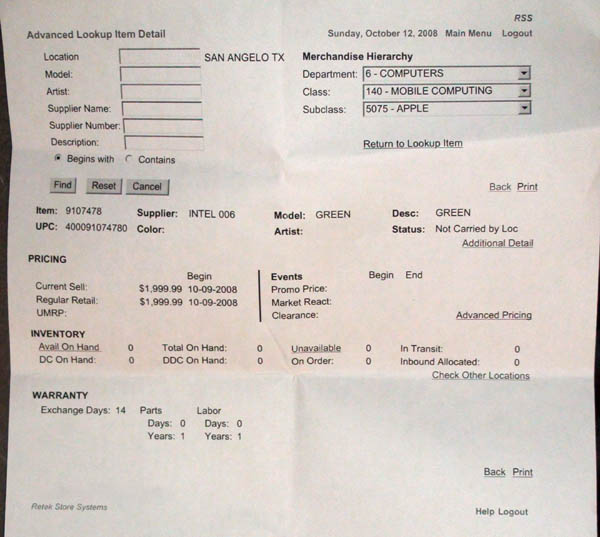 So much for Piper Jaffray and Inquisitr’s hopes for reduced pricing on MacBooks according to Gizmodo Best Buy tipsters.  If we read them right, (and they’ve got the screenshots to somewhat prove it), Apple’s entire laptop line will remain at the same price points.

Also, if this is all the truthy truth, there won’t be 12 price points as speculated earlier by the Inquisitr.  Bad news for those who were hoping to catch a break on the low end of the MacBook line.

As far as reliability, Best Buy inventories have been hit or miss so we’ll take this as speculation.  They are also  a bit hard to understand and all secret coded.  Interestingly, they are using color code names to denote the laptop differentiations…but don’t go starting rumors about green MacBooks mmmk?

Larger shot, you know where