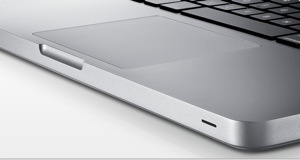 Analysts are beginning to upgrade their outlook on Apple stock in the wake of yesterday’s MacBook family announcement, with JP Morgan leading the charge.

"We think that Apple’s brand and market share momentum offer meaningful buffers" to a slowdown in consumer spending, analyst Mark Moskowitz wrote in a note to clients. "We expect numbers to come down across the sector, but Apple likely has a backstop beyond the first round."

The analyst rates Apple stock ‘Overweight’ (up from neutral) and observes the iPhone will eventually grow to become 10 per cent of Apple sales.

Morgan Keegan analyst Tavis McCourt noted disappointment Apple didn’t come in lower on its entry-level MacBook price, noting "The big risk for the Mac product line appears to be that it already has captured one third of the revenue share in the U.S. retail market, and at some point it will have tapped out its market share potential at the high end."

Moskowitz cut his ratings on Dell and NetApp to "neutral" from"overweight" and on Lexmark to "underweight" from "neutral."