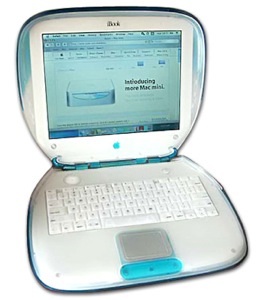 There appears some fuss and bother over the inability of the MacBook Pro (not pictured, incidentally) to harness the power of both its installed graphics processors simultaneously, but these complaints are missing a crucial point.

Inclusion of the Nvidia’s powerful GeForce 9400M isn’t just a performance enhancing move, but a critical future-proofing step. It is manufactured using the 65-nanometre process – comparison – a human hair is about 100 micrometres thick, over a thousand times thicker than the structure used in the GPU.

As it is, this chip promises performance many times better than the graphics chip used in even the most recent MacBook Pros, and it’s vastly better than the Intel GMA 950 Apple used in last-gen MacBooks.

The relatively small GPU has sixteen graphics pipes and can generate 54 Gigaflops of processing power. To put this in perspective, in 2002 Apple introduced its 1GHz Power Mac, which it declared could achieve an "amazing" 15 billion floating-point operations per second. Which put the computer in supercomputer territory, apparently. Is the Nvidia GPU like having a second supercomputer in your Mac, destined to spend its whole life rendering iMovie sequences and playing fast-paced RPGs?

Short answer: no. The Nvidia GeForce 9400M is compatible with Nvidia’s Hybrid SLI system. Apple’s implementation of this is what allows you to switch between the two GPU’s installed in the MacBook Pros, though this does require you log-out, for some reason.

Nvidia says: "Apple’s Macbook Pro (Late 2008) does feature both the NVIDIA GeForce 9400M motherboard GPU for everyday computing and the NVIDIA GeForce 9600M GT discrete GPU for high graphics performance. You can switch between the Geforce 9400M motherboard GPU (called energy saver mode) and the Geforce 9600M GT discrete GPU (called performance mode), but you cannot use both GPU’s at once in this implementation."

(Pure speculation based on guessing alert: This conceivably reflects the Unix roots of OS X, which means it’s unforgiving of system elements which aren’t initiated by a user when they launch the system, unless these elements are connected by an external I/O. But that’s a guess.)

The main rationale behind choice of the GeForce 9400M is that the chip is happy to be used to transact general computing tasks using its spare processing cycles. And this means Apple’s not just inventing new manufacturing processes – did we mention Brick? – but also engaged in refining its system and technology road-map for the next few years.

As Jonathan Ive says in the now-famous video in which he describes the manufacturing process for the new Macs, "we take our innovation and apply it to the most popular Macs." Thinking back this innovation was seen in successive generations of iMac, and now, with laptops becoming ever more popular, it’s also clear to see in the new MacBook range. So it’s no surprise Apple’s preparing its most popular systems for Snow Leopard now.

Snow Leopard will support an Apple-proposed standard called Open CL (Open Computing Language). Operating systems and devices that support OpenCL can perform data and task parallel computing across both graphics and system processors. Which means your Mac will use not just the  dual cores inside the Intel Core 2 Duo processor it has inside, but will, in a deft maneuver of mind expansion, also harness the Nvidia processor to broaden its mind.

Better still, another Snow Leopard technology called ‘Grand Central’ makes the OS incredibly capable of supporting multi-core processors. And also makes it far easier for developers to add multi-core support to their applications. As the Blu-ray story sometimes proves though the notion that "build it and they will come" doesn’t always work itself out – there’s still too many apps that aren’t fully capable for multi-core. That’s the problem Apple’s set out to solve.

One Snow Leopard improvement that doesn’t seem to be in the frame for this generation of laptops is support for 64-bit computing. Both the GPU and system are 32-bit (we think), which is why the new laptops carry a memory maximum of 4GB. We reckon this means you can expect a fully 64-bit Mac Pro, likely boasting two or more user-replaceable GPU’s and support for up to 16TB of RAM to appear at some auspicious point – though we must once again warn that’s speculation based on guessing. Hey – we can make wild guesses all by ourselves, we don’t even need an analyst!

Finishing up (for now – we’re optimistic readers here will add to this debate), you can’t underestimate the importance to Open CL to Apple – and beyond Apple, project partners including 3Dlabs, ATI Technologies, Discreet, Evans & Sutherland, Intel Corporation, NVIDIA, Silicon Graphics (SGI), and Sun Microsystems – on the future of computing.

That’s why the Khronos Group is working to create a broad industry standard for OpenCL, this will create a rich environment for these devices, and usher in an interesting moment for PC performance.

Incidentally, the Khronos Group is holding an OpenCL-focused event at its November 17 meeting  where OpenCL’s evolution will be discussed, along with, "heterogeneous CPU-GPU computing and its anticipated adoption. This is an informal gathering designed to educate as well as introduce developers to OpenCL architects and other community members."

Interestingly, this event was announced on October 14, MacBook family day.