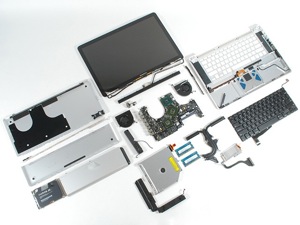 In advance of its Tuesday keynote Apple security bundled out a protestor urging a boycott of Nvidia products as part of a campaign against a third firm which provides the graphics processor company with cafeteria services.

Nvidia acknowledged a common defect in some of its video cards on July 2. These problems even extended to relatively recent models of MacBook Pro, Apple confirmed last week, saying: "In July 2008, Nvidia publicly acknowledged a higher than normal failure rate for some of their graphics processors due to a packaging defect. At that same time, Nvidia assured Apple that Mac computers with these graphics processors were not affected."

Apple then identified that problems do exist which affect some MacBook Pro computers with the Nvidia GeForce 8600M GT graphics processor and is now offering users free repair, paid for (presumably) from a fund set aside by Nvidia earlier this year.

However, Tuesday’s protestor wasn’t really pursuing that matter, instead he was attempting to highlight the fate of employees of the company’s cafeteria services contractor, Aramark. The problem there is that Aramark is refusing to let workers unionise.