Upstart, questionably legal, Psystar is now shipping Mac clones with built-in Blu-ray and NVIDIA 9800GT graphics cards.  For those of us with some gray hairs, this might bring back the memory of Power Computing, the Texas-based original Mac clone maker that vexed Apple over and over again back in the 1990’s by releasing computers that out-specced Apple’s own.

Power Computing was also able to utilize technologies like VGA connectors and off the shelf power supplies and cases to sell lower prices than Apple’s own computers.  At the same time, they were also able to get the fastest PowerPC chips into the machines months ahead of Apple’s.   Therefore, their machines constantly out-performed Apple’s and cost less.

The company never realized their full potential.  Unfortunately, they were really a victim of their own success.  The conventional wisdom at the time was that half of Power’s customers were new to the Mac platform.   The downside of that is that the other half were cannibalizing Apple’s sales.  This obviously wasn’t sitting too well with Apple.  Was Apple’s hardware team to blame?  Was there too much bureaucracy at Apple to beat the streamlined Power Computing cloners?  Was Apple R&D not properly being accounted for in the licensing scheme?

Then Apple aquired NeXT to build the new MacOS…and we all know what happened..erm…next….

Apple and new interim CEO Steve Jobs ended the cloning in September 1997 when they bought Power Computing for $100 million in Apple stock.

So does this leave Apple in a similar situation now?  Will they have to buy out Psystar? Not really…

Although there are some similarities between then and now, there are also significant differences.  First of all, you can get a BluRay drive for your Mac Pro as well as adding a 9800GT video card…which is about as easy as buying a clone and setting up the Mac OS on it.  Psystar isn’t going to hit the high end customer like Power Computing did.

Also, since the Mac platform is now run on Intel based chips, just about any PC can run the MacOS.  You don’t really need a special Psystar box if you have some technology skills.  You can shop around or build your own Hackintosh that will blow away any Mac Pro for less than Apple, and even Psystar, charges.  But it takes time, skill and effort.

The market that Psystar could serve isn’t that big.  The low end, low tech skills crowd that Apple has little interest in servicing may find some usefulness in Psystar’s offerings.  At the same time, these customers will of course have to hope that Apple doesn’t release updates that kill Psystar’s EFI workaround or that their hard drive doesn’t need reformating or replacing.  With Apple threatening lawsuits and threatening to change EFI so that Psystar’s machines no longer work, most of the low tech crowd will probably stay away.

Apple could kill the clone makers by sending their expensive army of lawyers after them (like they have) or they could kill them by offering a midrange Mac at a price point that makes sense based on the platform.  Don’t expect a change of gameplan anytime soon. 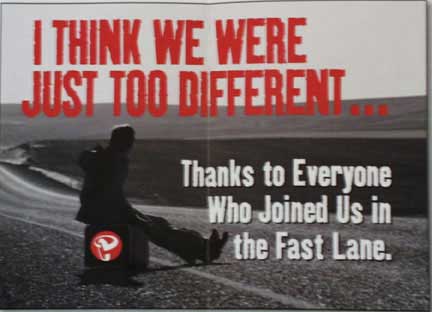