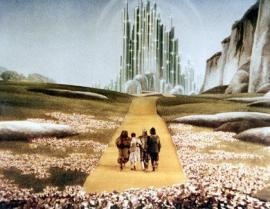 (sorry about the title)

The mystery of the missing iTunes Movies has been solved by Greg Sandoval at C|Net.  "Release Windows"

"Release windows" is the term used to describe periods of time a certain type of media is allowed to show a movie. Typically, a feature film is first released in theaters, then on DVD, followed by pay-per-view channels and finally on broadcast TV.

Normally, release windows don’t affect retailers or video-rental services after they’ve begun selling or renting films. Warner Bros. doesn’t go into Best Buy and pull DVDs off the shelf when Comcast airs Casablanca. The corner Mom and Pop video store doesn’t surrender copies of Gladiator to Universal Studios when the film appears on ABC. But Internet stores are being treated differently. What this means for iTunes and Netflix customers is that movies will pop in and out of the services.
Spokesmen for Netflix and Apple confirmed that they pulled titles due to these licensing requirements.

Even when you think the media companies are starting to "get it", they don’t.  Obviously.  People who would have paid for the movie will now be more likely to download it illegally.  The TV channel’s revenues (and therefore influence) are likely so strong that bowing to their whims is all that the movie studios and iTunes/Netflix can do.

At some point, the money from iTunes, etc. will be enough to fight for their movie distribution rights.