An interesting question has been floated over at Mac Soda.  Maybe Steve Jobs bailing on Macworld (and also on Apple) is somehow related to his appointment as Obama’s Chief Technology Officer.  Just for fun, let’s consider the connections. 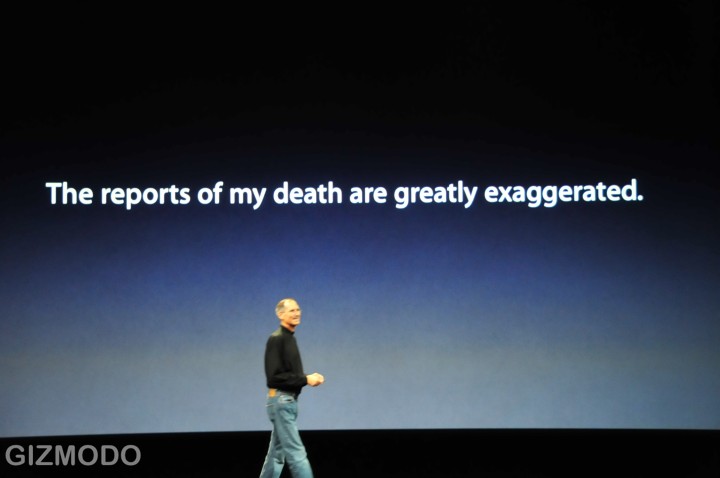 Obama is an Apple fan, we know he and his team use Macs.  And yes he does jog with an iPod (who doesn’t?).  Apple, as did most of Silicon valley, largely supported Obama’s presidency.  And there was the Obama iPhone App.  Obama has also been endorsed by Apple board member Al Gore, who also happens to be a good friend of Steve Jobs.  Fake Steve was even a huge Barry supporter.

Steve Jobs has done the Pixar thing, he’s brought Apple back to be one of the most, if not the most important technology companies.  How can he take it to the next level?  How can he spread his influence even further?  Would Obama be interested in Steve Jobs as a CTO type person?  We think so, he’s been a visionary on so many technology fronts.

Would Mr. Jobs be interested in the position?  Perhaps, but there would have to be lots of caveats.  Jobs hasn’t been a subordinate since he gave the Apple CEO position to John Scully.  We all know how that worked out.  Oh and Jobs’ health/weight issue?  We are still thinking he’s on a caloric restriction diet but that could be a non-starter.  The position would entail being a lot more public – something Steve Jobs has been acutely unwilling to do.  How about conflict of interest?  Jobs is vested in Apple, he could recommend legislation that is friendly to his holdings.  He would have to divest himself of Apple and Disney.  Not likely.

So yes, it is a very novel idea, but no it isn’t likely.

We’re putting this at the very bottom of our Macworld predictions, right after "Steve Jobs unveils Apple Jet Pack".