Quad core iPhones? Not so fast! 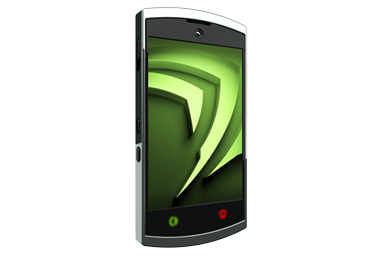 I like reading the rumors of a quad core iPhone coming soon, but I don’t really believe them. If we ignore the problems with ARM’s roadmap, and quad core Cortex processors in 2009, there are still many other issues that ruin the party. If there was an imaginary iPhone with a quad core ARM, it would need amazing power efficiency.

Instead of the tens of watts drawn by the Atom and supporting chipset, we’re looking at something like a single watt using currently available ARM cores. Going by ARM’s figures for their 2010 products, we can see 4 cores drawing 10 mw each (40 mw) in "average" use, and nothing in sleep states. However, the graphics chip on this device has to be very efficient too. nVidia, who have been ARM-licensees since 2005, have done wonders with their Tegra line, particularly in terms of battery life. Apple has licensed Imagination’s ultra-low-power graphics processor to embed into this new device, and it is likely superior to nVidia’s Tegra 650.

The problem is that it will take time for Apple’s team at PA Semi to refine their ARM cores, incorporate a highly advanced graphics block, add in the usual cellphone, bluetooth and miscellaneous "stuff" that goes together to make a cellphone. Shoe-horning the contents of five or six discrete ICs into a single die, with groundbreaking power consumption, takes time.

The Cortex-A9 isn’t a requirement, but it is common to all the rumors. ARM11 cores would have similar throughput with a power efficiency penalty. The risk there is that the chip will draw too much power. Doubling the power doubles the size of the battery to maintain the same standby time.

Apple is a design company. When you look at the iPhone one thing is clear: they aim for capable hardware, and implement all the features they want in software. It is obvious they are developing a general purpose hardware platform with capabilities well beyond the needs of even the most powerful cell phone. It seems smart for them to take the longer view and invest the time to come to market with a well-developed platform that has multiple uses, which leads into the other rumors and discussions of games platforms and convergence devices.