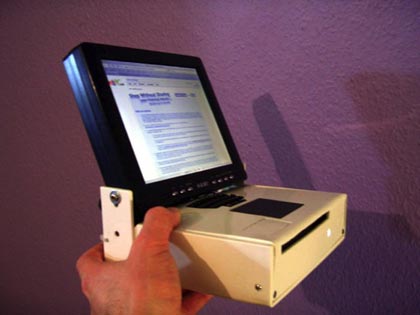 The rumor du jour coming out of Tom’s Hardware is that Apple is going to replace the current Mac Mini’s Core2Duo with a dual core Atom 330-type processor.  This is kinda like going to the garage and having having your BMW 328 engine replaced with that of a Toyota Corolla.   The 1.6GHz Atom 330 Processor which is in the ION platform is slower than even the current Mac Mini.

So, unless Apple is going to be turning the Mini line into a low priced Net-top set of devices, it wouldn’t make sense to put a slower, cheaper processor under the hood.  Even with dedicated NVIDIA 9400N graphics and all kinds of tricks, that thing would chug.

Check the benchmarks, the Duallie Atom 330 is rated at less than 2/3rds the speed of the Pentium D circa 2005-2006 for most tasks.  This is great when sold at $30/chip and put into a $300 Netbook to run a browser on XP or Linux, but definitely not aimed at the $600-$800 Mac DESKTOP market.  A Pentium D isn’t even as fast as the current Mac Mini’s chip so the slowdown would certainly be noticeable.

They are backtracking a bit saying that this could go into the AppleTV.  While this makes a lot more sense (with NVIDIA/ION we might see full 1080P capable AppleTVs) we aren’t sure we expect to see this any time soon.  Plus, we expect the AppleTV to move to the ARM platform soon.