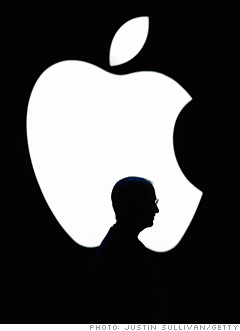 My job is to not be easy on people. My job is to make them better. My job is to pull things together from different parts of the company and clear the ways and get the resources for the key projects.

And to take these great people we have and to push them and make them even better, coming up with more aggressive visions of how it could be.

Recruiting is hard. It’s just finding the needles in the haystack. You can’t know enough in a one-hour interview.

So, in the end, it’s ultimately based on your gut. How do I feel about this person? What are they like when they’re challenged? I ask everybody that: ‘Why are you here?’ The answers themselves are not what you’re looking for. It’s the meta-data.

We’ve had one of these before, when the dot-com bubble burst. What I told our company was that we were just going to invest our way through the downturn, that we weren’t going to lay off people, that we’d taken a tremendous amount of effort to get them into Apple in the first place — the last thing we were going to do is lay them off.

#7. On a CEO succession Plan

I mean, some people say, ‘Oh, God, if [Jobs] got run over by a bus, Apple would be in trouble.’ And, you know, I think it wouldn’t be a party, but there are really capable people at Apple.

My job is to make the whole executive team good enough to be successors, so that’s what I try to do.

So when a good idea comes, you know, part of my job is to move it around, just see what different people think, get people talking about it, argue with people about it, get ideas moving among that group of 100 people, get different people together to explore different aspects of it quietly, and, you know – just explore things.

People think focus means saying yes to the thing you’ve got to focus on. But that’s not what it means at all. It means saying no to the hundred other good ideas that there are. You have to pick carefully.

#2. On the User Experience

Our DNA is as a consumer company — for that individual customer who’s voting thumbs up or thumbs down. That’s who we think about. And we think that our job is to take responsibility for the complete user experience. And if it’s not up to par, it’s our fault, plain and simply.

That happens more than you think, because this is not just engineering and science. There is art, too. Sometimes when you’re in the middle of one of these crises, you’re not sure you’re going to make it to the other end. But we’ve always made it, and so we have a certain degree of confidence, although sometimes you wonder.

I think the key thing is that we’re not all terrified at the same time. I mean, we do put our heart and soul into these things.

And, my favorite, which nails the ethos of living the dream at your job (that I’ve written about here)

We don’t get a chance to do that many things, and every one should be really excellent. Because this is our life.

Life is brief, and then you die, you know?

And we’ve all chosen to do this with our lives. So it better be damn good. It better be worth it.