We’re kinda going off topic – or cross topic if you’d like – here but we know a lot of you readers use Google Apps.  Plus, you like hints solving technology mysteries right?  Well, we’ve uncovered some information on Google’s infamous GDrive or Webdrive that seem to indicate that you’ll soon be able to store your documents with Google.   Here’s the Google Webdrive icon:

Cédric Vergé noticed a change in one of the CSS files for Google Apps: there’s a class named "webdrive" and an icon for the new service. 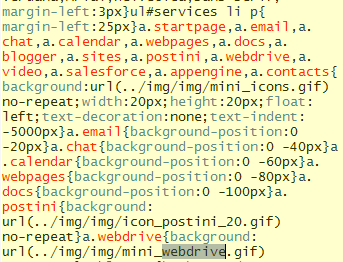 When Google released Picasa for Mac, many people wondered what’s the mystery behind a menu option titled "Google Web Drive": 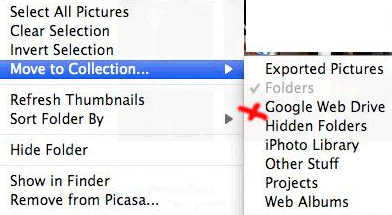 Last week, Tony Ruscoe found some traces of an internal Google document which mentioned an update for Google Docs, which will slowly morph into GDrive. Apparently, Google Docs will be the web interface for GDrive, while a Windows/Mac client will integrate the service with the operating system and make it easy to synchronize files.