Macworld reports that Intel is set to reveal its first eight-core processor at the International Solid-State Circuits Conference in San Francisco next month.  The ISSCC program reveals that Intel will discuss an "eight-core, 16-thread Xeon processor manufactured with a 45-nanometer process". 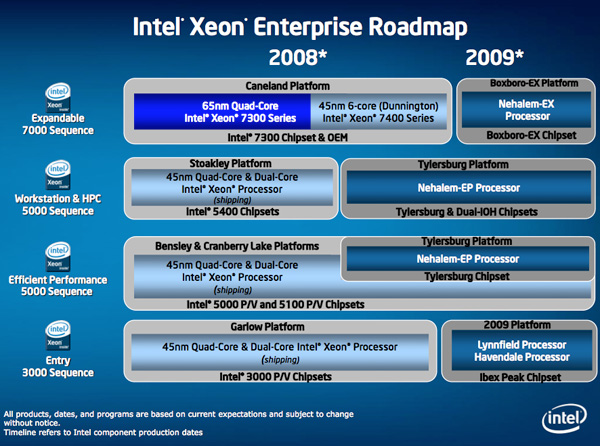 Yes, we are hoping to see these in Mac Pros and XServes.  The timing could be the reason Apple is waiting to release the new Mac Pros.  Macworld speculates that it could be the Tylersburg Platform.

Like other Nehalem chips, the Nehalem EP chips will include an integrated memory controller and use Intel’s Quick Path Interconnect (QPI), which replaces the front-side bus and allows more data to flow between the processors and other components in the computer, speeding up the computer’s overall performance.

Intel declined to comment on the Xeon processor specifically.