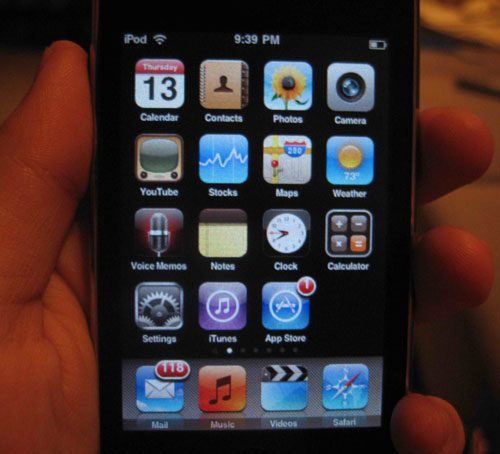 Here we go again, as the rumour-mill gathers ever more strength and reports claiming Apple will unveil its latest range of iPods in early September, perhaps during the week beginning September 7, the latest batch of iPod touch

with camera pictures/mock-ups have emerged.

This latest trio of purported images have leaked out of those ever-busy Chinese forums. Meanwhile, (fresh off his geek fight with Giz editor Brian Lam) Daring Fireball last night spat out what author John Gruber hears are the price points for the new iPods: 16/32/64 GB for $199/299/399, he claims.

Allegedly, these images depict a prototype (albeit somewhat scratched, hmm..) of the future model of the device, which is also expected to be able to capture video, edit video and share video assets using services such as Mobile Me and YouTube (as the iPhone does at this point).

With the iPod touch already a major contender in the handheld gaming segment, it should be interesting to watch its future land-grab at the low end digital camera/video camera markets.

We guess success will depend on just how high a resolution camera the future product will offer, and what the market decides is the minimum necessary for casual – but effective – photography. Another image after the jump. Via: Techticker. 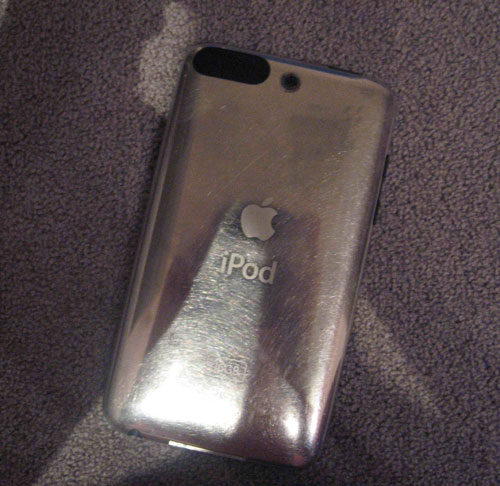 What do you think – real or fake?

Update: So far the consensus is pretty much in the fake category, two good reasons so far:

1/ Look at the Dock – there’s reflections, which aren’t in the current OS.