Jobs apologizes for delay on International iPads, says 3G will also come in May

Two European readers sent in emails from Steve Jobs last night confirming that 3G iPads would arrive alongside their Wifi siblings in late May.  Jobs went so far as to apologize for the delay to Jan, below:

Both models will be released at the end of May.  Sorry for the delay.

will there also be 3G models of the iPad released worldwide on the end of may or only the wifi models. Would be nice to know. Can’t wait.

The international 3G version of the iPad coming in late May has also been verified by Rogers, Orange, Vodafone, O2 and another reader, below. 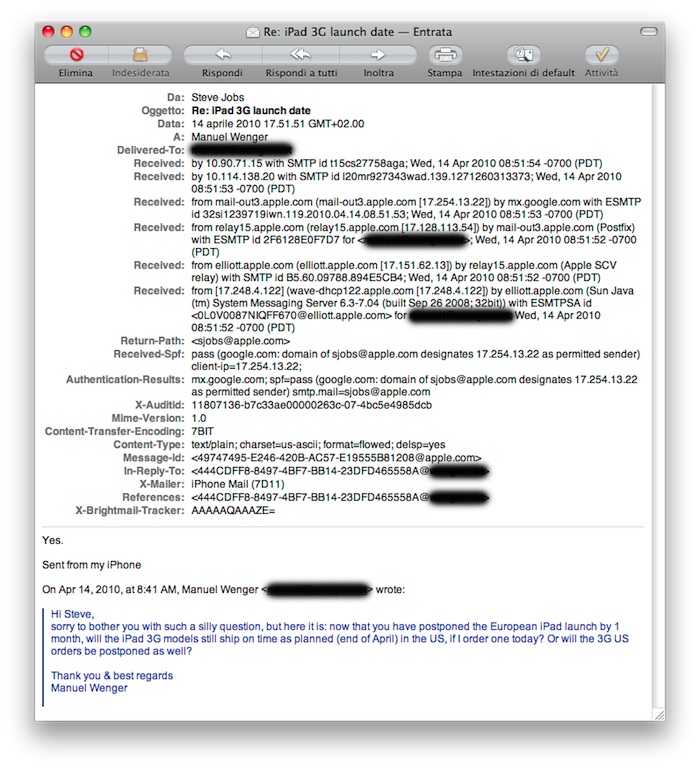