We really hate to hear this kind of thing.  Steve Wozniak, writing on Gizmodo (surprising given the timing in its own right!), reports that in the wake of the leaked iPhone mess, Apple has fired an engineer who showed Woz the 3G iPad the night of the release of the iPad.  Known only as ‘AJ’, the engineer wasn’t supposed to take the 3G iPad off of Cupertino’s campus until after midnight.

But I can tell you that the test engineer who showed me an iPad after midnight, for 2 minutes, during the iPad launch was indeed fired. I opted to spend 2 minutes with Numbers on this iPad, trying some stunts I’d seen on Apple’s website demo video. I was not told that it was a 3G model and I had no way to know that. I was told that this engineer had to wait until midnight to show it outside of Apple’s secure area. And I’m an Apple employee who he was showing it to. My guess is that he was allowed to take the iPad outside of the secure area but still not supposed to show it.

Woz didn’t realize that the Black bar on the top was an indicator that the iPad in question was a 3G model.  Woz also thought that, because he was an Apple employee, he wouldn’t get the engineer fired.  I mean, without Woz, none of us would be talking about Apple anything right now. 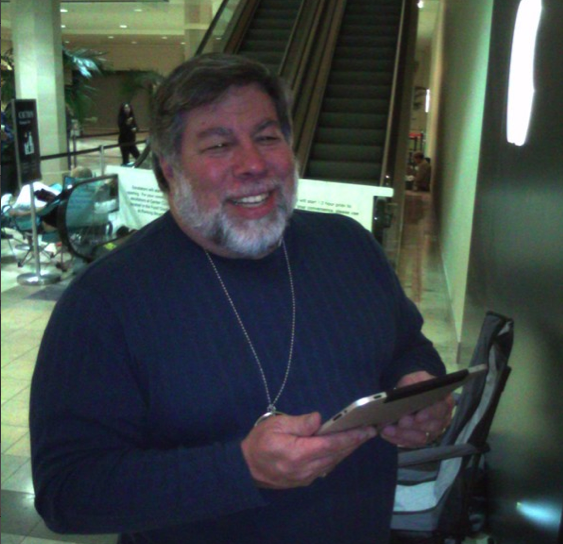 Woz describes the engineer as:

I never knew him before. He resembled myself and Steve Jobs when we were that age, and my younger son who programs for NASA. He’s a kind of person I would always enjoy talking with. A.J. said that he had an email allowing his team to use the iPad outside of secure areas on April 3 (after midnight, which A.J. waited for). I was surprised but he had an email. If I’d known it was a 3G model, which I didn’t, I probably would have saved his job by telling him he can’t show it. And he only showed it to me..