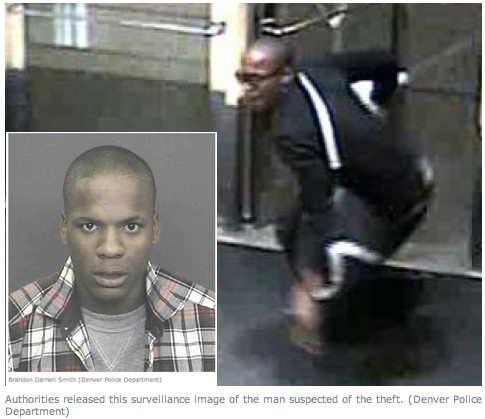 You may recall the sequence of events, Bill Jordan was collecting an iPad for a friend from the Cherry Creek Shopping Center Apple Store in Colorado.

As he was leaving the mall he was assaulted by two men who stole the iPad, and while doing so damaged his little finger so badly that it had to be amputated.

The Denver Post now tells us the police caught one of the men. The suspect, identified as Brandon Darnell Smith (20), is described as 6-feet tall and weighing 160 pounds.

The man was arrested without incident and is being held in connection with the investigation into the assault and robbery of Jordan.