AT&T doesn't allow some iPad apps to stream video, others are downscaled 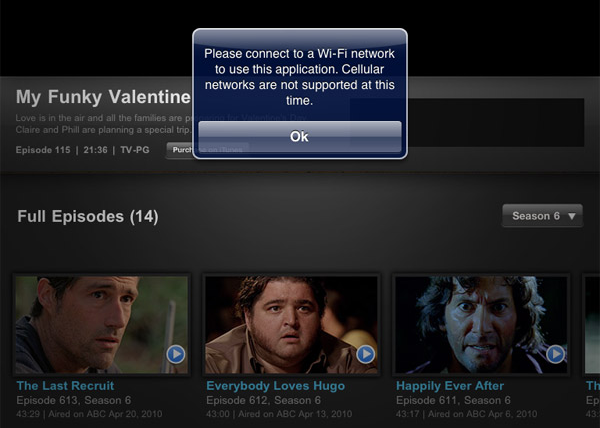 iPad 3G owners who were expecting to be able to watch ABC TV shows while on the move or expected to see SD movie trailers on 3G aren’t going to be happy with this news from iLounge.

It appears that Apple/AT&T are blocking some video apps like ABC entirely, while downscaling other videos, like Apple trailers significantly.  It isn’t certain yet whether this is a result of their HTTP Streaming going over smaller pipes or an intentional effort because of licensing restrictions. (3G could be considered broadcast)