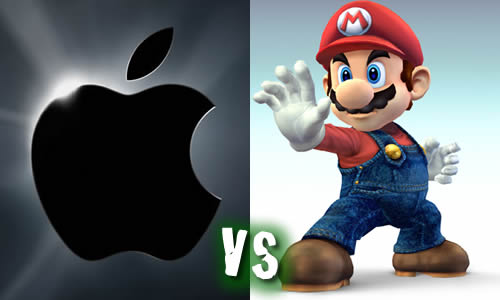 War has (almost) been declared..

No, not between Apple and your choice of:

Satoru Iwata, Nintendo president, has reportedly told his senior executives recently to regard the battle with Sony as a victory already achieved and to look to Apple, and its iPhone and iPad devices, as the “enemy of the future”, the Times Online tells us.

Nintendo is attempting to seize back the market it feels it helped develop with its mobile devices, and is plotting to “unleash the full force of its development and marketing artillery against Apple”.