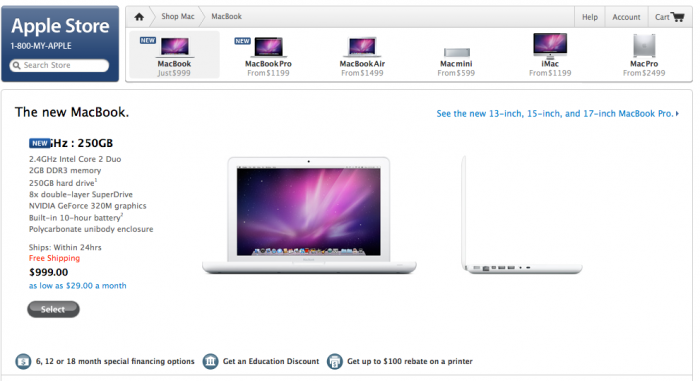 Apple this morning quietly introduced an updated configuration of its entry-level MacBook.

As previewed by the Vietnamese leak, Apple boosted speed and introduced longer battery life (up to ten hours) to its MacBook range. The price remains the same at $999 and the processor has been upgraded to 2.4GHz (Up from 2.26GHz).

At these specs this model is almost identical to the bottom end 13-inch MacBook Pro, which only betters it with 4GB of RAM and an SD card slot.

The new models are now visible on Apple’s UK and US stores, though product specifications in the write-up hadn’t yet been upgraded.