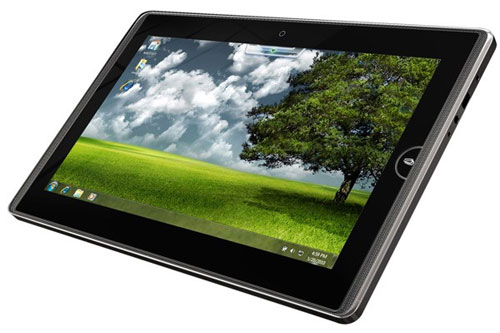 Giant trade show, Computex sees a wave of iPad pretenders this morning as the big tech event opens its doors.

No matter, as ARM president Tudor Brown reckons half of future tablet PCs will be ARM-based, just as the iPad is. Of course, as we know, Apple has sold two million iPads in just 60-days — just how much of the growth of the future tablet market will Apple seize?

ARM president Tudor Brown, at the company’s pre-Computex 2010 press conference told the throng that by 2014 there will be three billion end devices that will hook onto the Internet, of which, 1.6 billion will be mobile devices, 350 million home-used devices, 500 million mobile PCs, 200 million multimedia players, 100 million in-car electronics and 250 million PNDs and digital photo frames.

He anticipates ARM-based devices will account for 50 percent or more of the market in each segment, citing the low power consumption of ARM chips in comparison with competing systems. In future, Brown said, tablet battery life will reach one week or more.

In conversation with Digitimes, Terry Yen, VP of business development at Qualcomm expressed hope the success of Apple