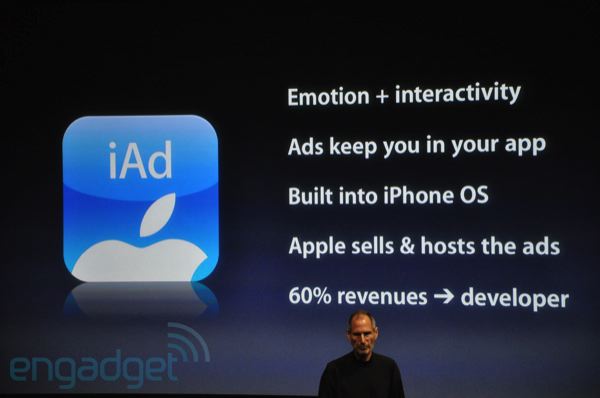 Apple has made a significant alteration to the terms of its developer agreement, opening up the market for in-app ad sales by third party ad networks, a promise Apple boss Steve Jobs made at D: All Things Digital last week.

The move was a response to an April-made change to the dev deal, in which the company appeared to ban third party ad networks, leading to much speculation Apple intended locking its growing platform down.

The notion that Apple may deny access to its mobile ecosystem to competing ads networks was bound to attract attention, particularly in view of the extent of that ecosystem.

Apple CEO Steve Jobs yesterday confirmed the company expect to sell its 100 millionth iOS-powered device in the coming few days. The change of name for the OS — from iPhone OS to iOS — is also indicative that Apple