All the President's men use iPads 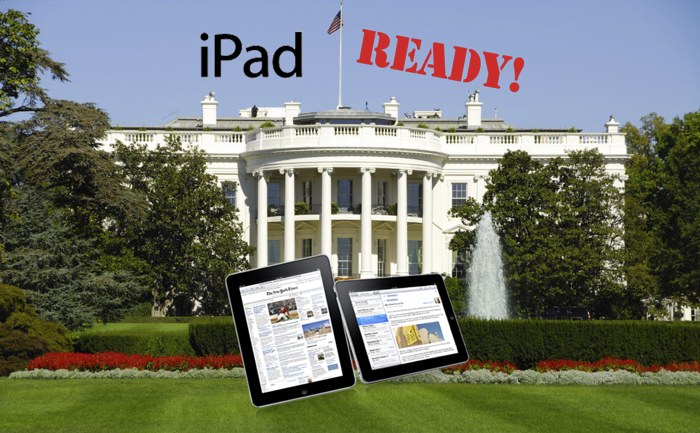 Perhaps not the best timing with the AT&T security breach (Including Rahm Emanuel’s name), but today, the Washington Post details the use of the iPad at the White House, which seems to be spreading like wildfire.

The device is the hot, new White House toy, a gizmo that is popping up around Washington but seems to be particularly in vogue at 1600 Pennsylvania Ave.

Emanuel just got his, as did senior adviser David Axelrod and deputy press secretary Bill Burton. Both communications director Dan Pfeiffer and press wrangler Ben Finkenbinder have one on order. Economic adviser Larry Summers takes his to staff meetings.

The Washington Post does a run down on who uses what apps.

Though not as popular in Congress, “one veteran Republican consultant Russ Schreifer — an early iPhone adopter — says his iPad is the “fully souped-up, 64-gig, 3G version. Why not? Right.”

Schreifer has the Epicurious app for cooking and the interactive Elmo book for his 2-year-old daughter. He has two books: “The War Lovers,” by Evan Thomas, and “Abraham Lincoln: Vampire Hunter,” by Seth Grahame-Smith. There are also a few episodes of the just-finished “24” television series, transferred from his iPhone to take advantage of the iPad’s bigger screen.

But Schreifer says the device is not all for play. He says he’s already approved rough cuts of campaign commercials and raw footage for ads on the iPad.