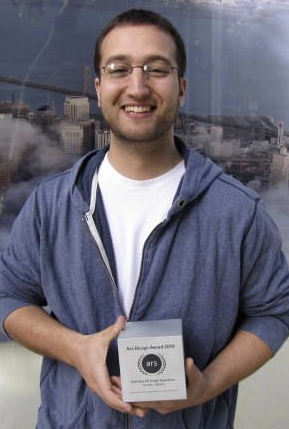 After picking up his Ars Design Award for Tweetie on Mac (which we love) Loren Brichter answered the question that lots of us wanted to know: Yes, Tweetie is going to be updated on the Mac AND it will be made into a superfabulous iPad app with features that Loren can’t even put into words.

“The goal is to exceed the Twitter iPhone app in the iPad,” he said. “I swear the reunification is coming between iPhone, Mac, and iPad.”

He also agrees with Dan Lyons that the Mac is waning and says that he looks forward to the day when he can develop on his iPad.  He doesn’t think the Mac is going anywhere soon, however.  If he did, he wouldn’t continue to develop Mac software.

“If you break the idea that we have to use software keyboards the traditional way, there’s so much potential for insanely fast programming,” Brichter said. “Think about keyboard buttons becoming whole variable names. You could become so efficient while programming!”

Oh, and a Mac App Store?

“I think that would be really sexy,” Brichter told us. “But does it fix the fundamental problem that the Mac is too complicated for some users? I don’t know.”