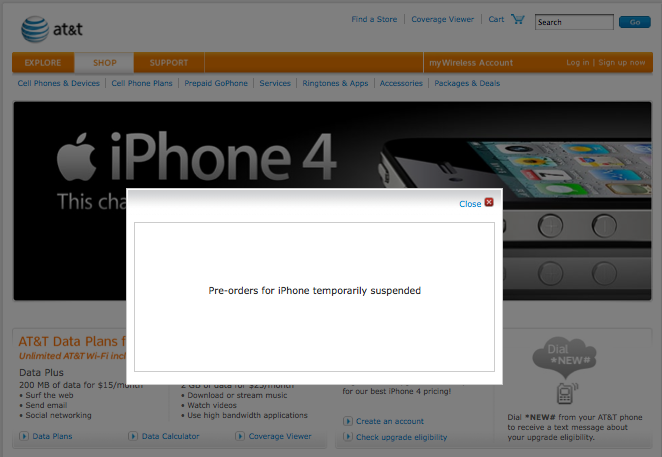 UPDATE: This story seems to be breaking — now we learn AT&T’s iPhone pre-ordering systems may not have actually been tested pre-launch!!

The move follows a day of chaotic scenes at computer terminals in five countries yesterday, as iPhone 4 desiring consumers fruitlessly banged their fingers against the keyboard in hope that somehow their pre-order would get through.

As previously reported, it wasn’t just AT&T that creaked under the strain, Deutsche Telekom also faced