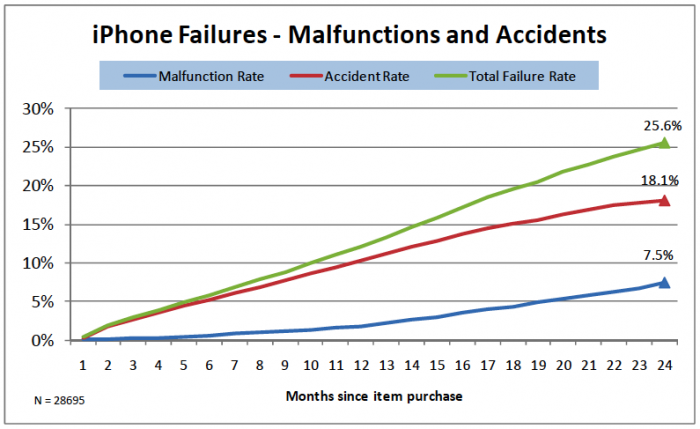 Bad news iPhone fans as it seems over 25 per cent of iPhones break down within two years, according to Computerworld, though this is actually an improvement on before and not bad as an industry average, a firm involved in repairing the devices has claimed.

Allegedly the iPhone 3GS is more reliable than the 3G, but critics are concerned that the iPhone 4