Update: We’ve just discovered that all applications created by “mycompany” (the developers behind these shenanigans) have been removed from the App Store. It also appears that the App Store “Books” section is back to normal. Reports also have emerged that other applications have been fraudulently downloaded, so stay on the lookout and protect your iTunes accounts.

We’ve been hearing tips and all over the web from articles on Engadget, The Next Web and twitter that the iTunes store might have been compromised. Apparently a Vietnamese developer might have juiced the “Books” section of the App Store, as well as several iTunes accounts. As you can see in the screenshot below a plethora of the books in the Book section are these oddly named titles (eg: Conan 1, Conan 2, 7 Vien..) with icons stolen off the web.  Have a look (iTunes link) 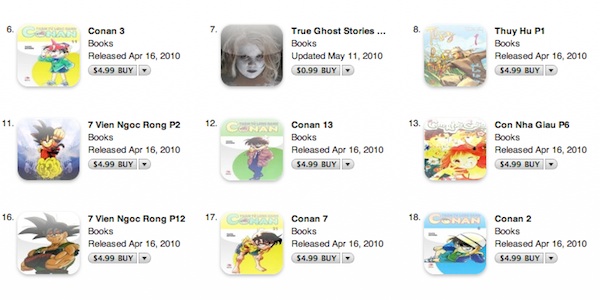 With this information, it seems that the developers might have compromised user’s iTunes accounts and falsely purchased their books with stolen artwork. We’ve heard many reports of users getting holds on their bank accounts for the price of several books. We’ve even heard cases of users having holds in the hundreds of dollars range.

The developer’s iTunes Development account even seems very sketchy as his website leads to www.home.com and so does the support page for each product of his. 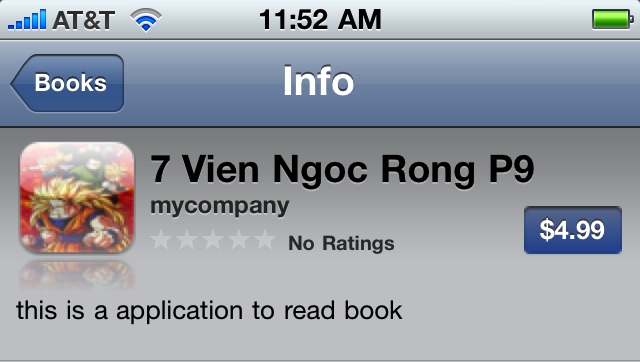