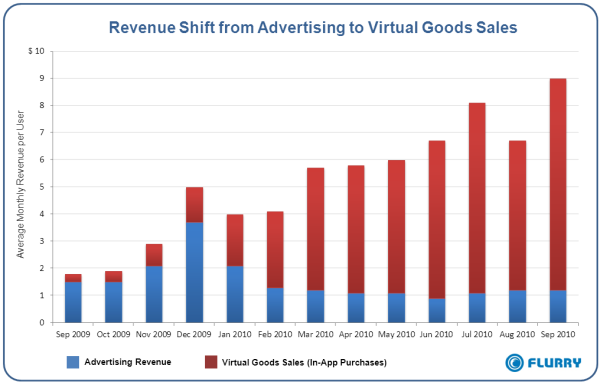 The analytics company looked at revenues accrued by a sample group of social networking and social gaming apps to reach its conclusion.

The sample group offered a “combined reach of 2.2 million daily active users”, Flurry says. It found that in-app purchases were accounting for over 80 percent of their revenues.

“Admittedly, the idea that consumers acquiring virtual swords, gold coins and respect points can outperform advertising seems counter-intuitive; however, this phenomenon is neither new nor unique to the iOS platform,” writes Flurry’s Peter Farago.

In related news, magazine and newspaper apps now appear to have been enabled with an in-app monthly payment model, driving outlets such as the New York Times to offer apps for a free one month trial.