More details are coming in this morning regarding Apple’s next MacBook Air that is set to officially debut at Apple’s October 20th ‘Back to Mac’ event. First Engadget posted an image of a next-generation prototype MacBook Air. The most interesting thing about this prototype is that it’s a 13 incher. For a while now reports have claimed the next MacBook Air would feature an 11.6-inch display.  The measurments below seem to indicate that it might even be smaller than that. DO NOT SAY NETBOOK! 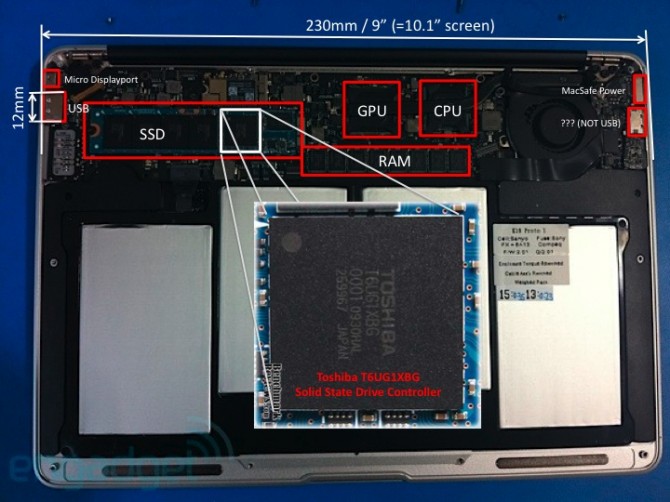 Yesterday, CNET, claimed they are certain the device would be 11.6 inches which makes us all wonder why Engadget’s prototype is 13 inches. Well, some measurements taken of the Engadget device seem to indicate that the screen might not be 13.3 inches diagonally.  It might not even be 11.6 inches.

You can also see that the SSD controller up there is made by Toshiba and that port next to the MagSafe is as yet unidentifiable.  Perhaps we are looking at Apple’s first USB3 port?  OR a SIM Card Slot for 3G?  Which would you be more excited about?

On that Toshiba Drive controller: The Toshiba T6UG1XBG SSD controller is a 43nm part, with a maximum rated read speed of 230MBps and write-to performance peaking at 180MBps.

Update: Here’s another rendering with a different set of maths: 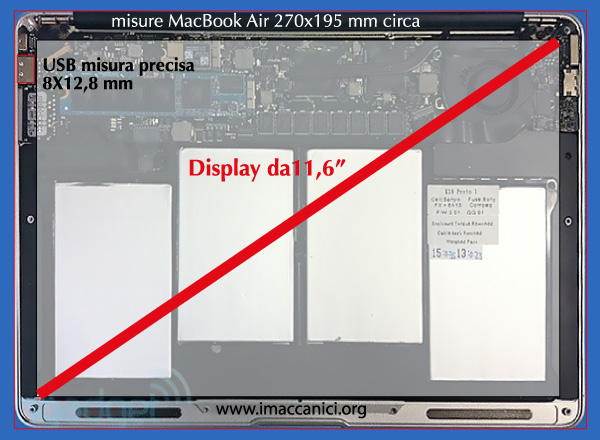