Giant UK supermarket will let you scan your groceries with iPhone, iPod 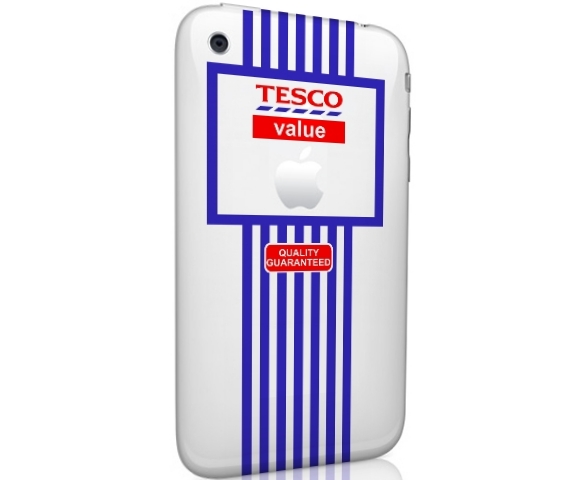 I’ve talked before about Apple’s moves to get its iPhones used as payment systems — and it seems there’s a willing market for such things, despite the fact that iPhone 4 is not compatible with Square’s famed credit card processing system (which is why Square began shipping new card readers today). The latest news? Giant UK supermarket Tesco is trialling a scheme in which customers will be able to scan products they buy in store using their iPhone and iPad, for later payment and verification at checkout.

The supermarket chain is already trialling scan-as-you-shop technology in a store in Romford, Essex, using handheld scanners developed internally. These scanners will likely be deployed nationally next year. However, the store has also begun testing similar technology using iPads and iPhones.

“The R&D department set about deploying the same technology to an iPhone. We wanted to prove that we could do it without any real change to our checkout systems,” said Nick Lansley, Tesco’s head of research and development (R&D), speaking to Computing magazine.

Lansley explained that the R&D team is also looking into implementing new technology using iPhones and iPads to map a customer’s location in the store. “We don’t know if it’s going to work – that’s what the R&D process is for,” he said.

The stores already host wireless access points in ceilings which staff use to communicate with each other.

The store hopes to experiment with the location sensing feature — for example, a customer scanning pet food items might get a message to let them know of any special offers in pet supplies.