AppleTV having a frame skipping problem? 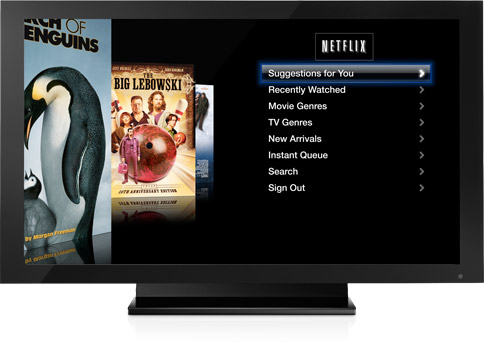 Reports are coming in that the AppleTV might have a very subtle skipping problem when playing video streams (which is all it does now).  It’s not one that most people would catch, but for some with a trained eye, it is noticeable and annoying.

A few discussions are going on about it and it appears to be related to Apple’s streaming.

Seems like something that will be addressed in an upcoming update.  Reader email explaining the details below (thanks Mike!)

The only reason I bring this up as a tip is that I want apple to fix it.  I want apple tv to work – and right now it’s BROKE.  This problem is real and MOST people are too used to watching crappy youtube videos to even see it.  But the videophiles out there and (professional video editors like me) can’t NOT see it.  I’m an emmy nominated editor and I have a trained eye…my point is that anyone who pays attention and looks for it will see it and then, as people in the thread say, after you see it you can’t not see it.  But I see it immediately.

TO see it for yourself.. it’s a subtle video skip, shutter, dropped frame.. whatever you want to call it.  The motion stops for a frame and then skips the next frame and then catches up.  It’s easiest to see during motion, when someone is moving across the room or a car is driving by.  For me it’s happening about every few seconds.  It happens on most all video playing on the box.  SD, HD, stuff from apple, stuff we’ve ripped ourselves.  And the video that is skipping today on the new apple tv DID NOT SKIP yesterday on the old apple tv.  This is how we know that it’s not our material.

There are three things that changed.. one is the streaming protocol used.  The new one uses home sharing which I believe is different than the old way.

The 2nd thing that changed is of course the software has been ported from something akin to mac os to ios.

The 3rd thing is the hardware changed.  The new one has no hard drive to buffer the video.  Say you rented a movie, the old apple tv would load the whole movie to it’s hard drive and only start playing it once you had enough buffered to not have to stop in the middle.  The new one is completely streaming all the time.

Clearly something is wrong – please write about it so that apple will have to fix it.