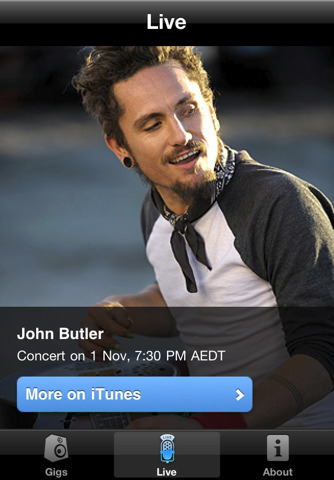 Author Ad Placeholder
Will only appear on redesign env.
Accessed via the iTunes Live: ARIA Awards Concert Series 2010 app and released in conjunction with Universal, app users will be able to watch a series of Oz artists between November 1 – November 5. (Though only in Australia).

“In an Australian first, you can watch these performances live via our app on iPhone, iPod touch or iPad. You can also catch what you missed or relive your favourite moments by watching the recorded performances — for free — for up to seven days following the concerts.

“Each performance will also include the official presentation of ARIA Awards in a selection of genre categories. All this takes place each evening at sunset at the Tarpeian Precinct of Sydney’s Royal Botanic Gardens, set to the picturesque backdrop of the Sydney Opera House and Harbour Bridge.”