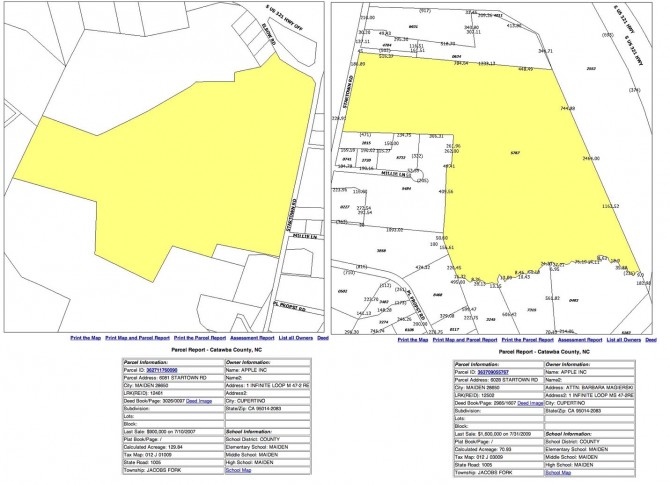 Speaking of data center speculation, just how big are Apple’s plans for North Carolina? Sure, we already know the company’s almost finished building one of the world’s largest data centers there — and we recently learned it could even be twice the size we originally thought — this morning we learn Apple has also purchased land sufficient to make the center even larger.

Apple’s cloud-based ambitions are clearly very, very big indeed. This must extend much further than iTunes.

Digital Daily notes new information which suggests Apple owns an additional 70 acres of land across the street from the 183 acre area it already hosts its 500,000-square foot center on.

This follows a report last week which claimed Apple is already considering doubling its data center — but these reporters were not aware of this additional slice of land.

As Digital Daily notes, “Are Apple’s plans for the cloud so grand and its road map so clear that the company has already set the stage for further data center expansion by buying this lot across the street?”