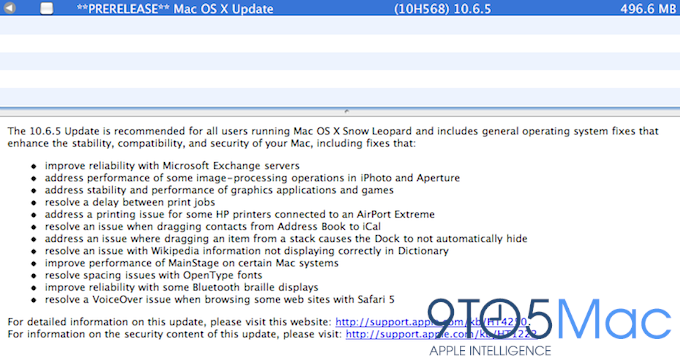 Some Apple folks have let us know that the final build of Mac OS X 10.6.5 was released internally today. They also tell us that Apple pre-release updates usually come in one to a few days prior to public launch. With that, 10.6.5 may even hit tomorrow, Tuesday. The build is 10H568 and that is the build tier 2 developers received yesterday. Check out the list of new features and enhancements in the screenshot above.