iPhone 5 will be remote computing on steroids 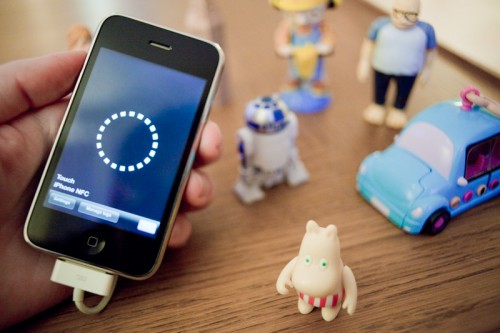 Apple’s plans for the iPhone 5 extend beyond the iWallet and straight into a more mobile computing experience than you’ve seen before using an iPhone, at least that’s what Cult of Mac is claiming.

The scoop is that use of Near Field Communication (NFC) technologies at Apple extends beyond personal security and payment systems and will also include solutions for remote computing on steroids.

As explained, the scenario could be like this: An iPhone user will carry lots of their desktop data and settings with them. When they approach an NFC-equipped Mac, they will be able to wave their phone and then all their applications, settings and data will load on the computer, even if it isn’t their’s.

This will be something, I think. And when a user walks away or their NFC-capable iPhone moves out of range, “boom”, all their data disappears from the Mac’s screen.

“The system would essentially turn any Apple computer into your own — like you’re actually working on your own computer. Same settings, look, bookmarks, preferences. It would all be invisible. Your iPhone would be all you needed to unlock your Mac,” an unidentified source told Cult of Mac.

This will include desktop security, mouse and keyboard settings and more. The whole thing extends to a user’s Home folder, which will be accessed via Back to my Mac or via MobileMe.

Apple is understood to have been trying to figure out how to make a Home folder truly mobile for years. Indeed, Cult of Mac warns this scenarion may never be implemented. However, given Apple’s investment in server space there’s got to be a good chance the company’s plotting a memorably transportable Mac-in-the-cloud experience.