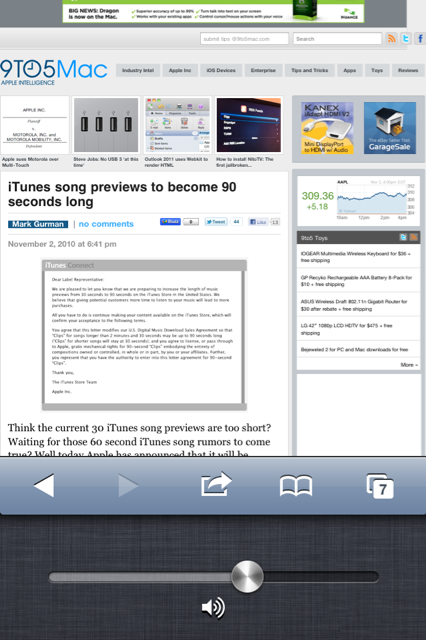 When iOS 4.0 was released with multitasking for the iPhone and iPod touch, Apple removed the convenient volume slider control from the double-click the home button menu. Many users were not happy about this and it looks like Apple has listened.

AirPlay is also now easily accessible from the iPhone/iPod touch multitasking dock (thanks, Drew). Screenshot after the break: 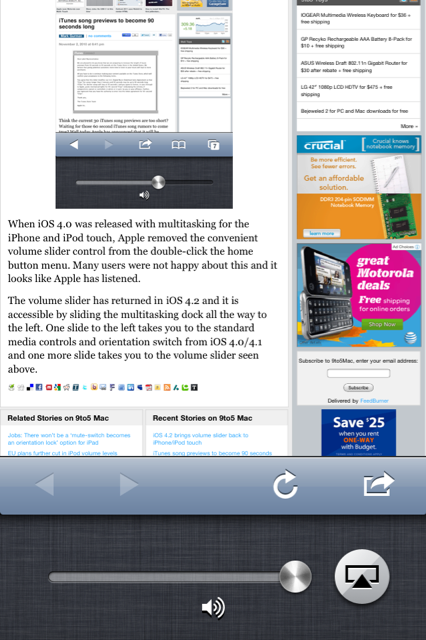