Be like Steve: Enjoy all of your TV on your iPad 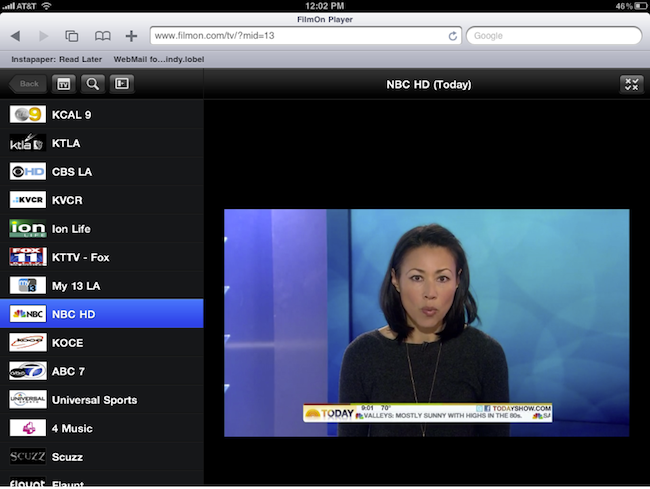 When Steve Jobs was asked about watching TV on iPad in the future, he said he was doing that right now.  Wouldn’t it be nice to be able to do the same thing?

According to Peter Kafka at Media Memo you can (at least at the moment) right now…if you don’t mind Los Angeles affiliates.   A company called FilmOn is re-broadcasting TV from LA in iPad format. The quality is really good and the servers seem to be able to handle a load.

Both companies are being sued by the broadcasters who don’t want their advertisements to reach all of those people on mobile devices so this might not be a permanent thing.  I’m looking forward to USC Football on Saturday so don’t crash it until then at least.  kthx