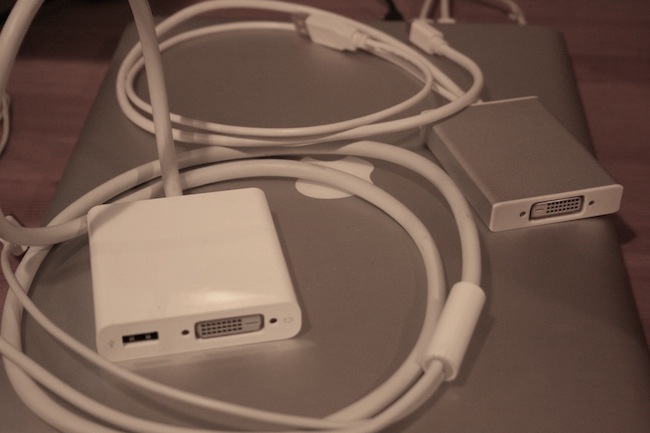 Apple adapter foreground, Kanex in the back.

If you are an Apple customer who’ve had a 30-inch display since the time Apple announced they’d be going from DVI adapters to Mini DisplayPort, you’ve probably gone through the wringer like me. 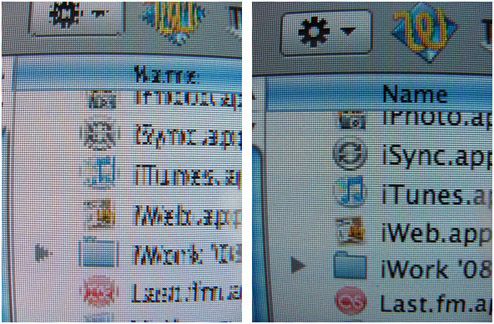 That link is to the timeline up until last year.  I’m not alone, here are two Apple Discussions threads with thousands of people with similar problems:

Now Apple’s product, after three firmware updates over two years and significant user outrage, mostly works, but I still have a problem pictured above often when I return to my Dell and HP monitors after sleep.  By clicking input on my monitor and shutting it off and on a few times, it snaps back into shape.  But that is a pain especially since I can hook up my DVI MacBook Pro without issue (and it works fine on my Unibody running Windows in Bootcamp!)  What to do?  Kanex to the rescue… 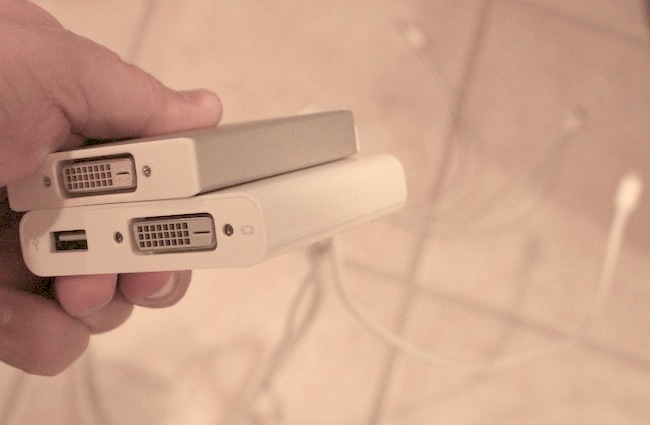 Kanex on top, Apple below

Kanex (who has been known to advertise on 9to5mac – full disclosure) saw my displeasure and sent me their MDPC30 Mini DisplayPort to Dual Link DVI Adapter a few months ago.  In testing it over the past month I can say I haven’t had one screen flicker incident.  It just immediately turns on and I have the exact digital display that I expect. The MDPC30 is also a lot smaller and brushed aluminum case matches aesthetics with my MacBook Pro much better (ironically) than Apple product.  Again, it just works.

Two important things to note about this product: 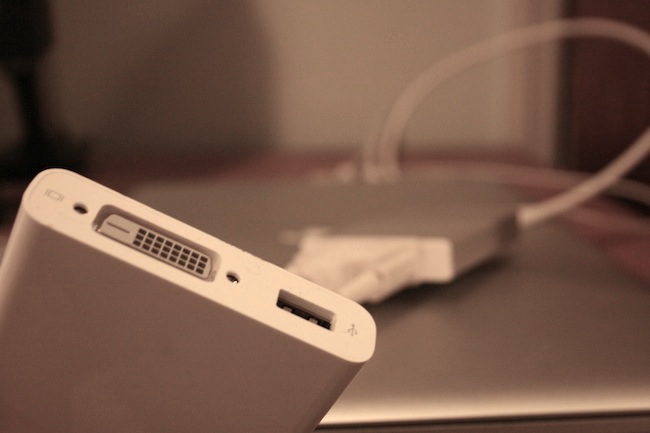 Important note: Kanex doesn’t use a USB passthru but still takes a USB port for power.

There isn’t much else to say on this product, it is just plug an play and forget.  If you are still getting killed by Apple’s adapter and want one that works 100% of the time, give the Kanex MDPC30 a try.  They are $99 on Amazon, the same that Apple charges for theirs (though Amazon discounts it 12%).