Australian doctors get the iPad habit as Apple world grows 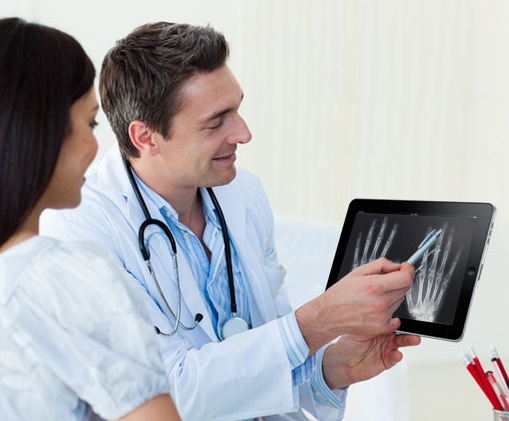 We’re living in an iPad world, in which Apple holds 95 percent of the tablet market and nearly everyone owning one of the devices says they’re pretty satisfied. But now the iPad is breaking out, and entering corporate, enterprise and medical industries with a vengeance.

This morning we learn that Australian state Victoria plans to provide iPads to all the doctors working in Australia’s public health system.

“As technology evolves, so do the tools that our doctors need. We will provide $12 million to buy iPads for every doctor working in Victoria’s public hospital system, so they have easy access to time-critical clinical information at a patient’s bedside,” said the Australian premier.

Premier Brumby has previously shown enthusiasm for Apple iPad, ordering 500 for Victorian hospitals to be sent out in January 2011, and buying over 500 for Victorian schools earlier this year. The Victorian government has also created a Government 2.0 action plan and set up an interactive eGovernment website to allow participation and interaction with Victorian residents.

This goes beyond Australia, another medical firm has taken a big leap toward the tablets. Medtronic, a maker of medical devices, has purchased 4,500 iPads for the company, which employs 40,000 people.

Medtronic purchased the devices because they offer instant access to data and video, and turn-on instantly.

“While there are no certainties, the iPad looks set to become a market-disrupting device, like the iPod before it. Even if you think it is just a passing fad, the cost of early action is low, while the price of delay may well be extremely high,” warned Stephen Prentice, Gartner Fellow and vice-president.