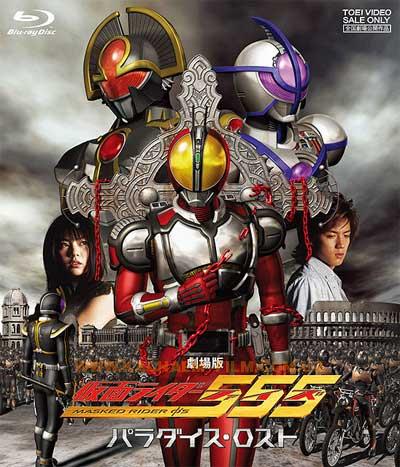 Apple Premieres Movies on the iTunes Store in Japan

With iTunes’ legendary ease of use, discovering and watching movies is as simple and easy as buying music on iTunes® has always been. Movie fans can choose from many top-rated movies in Japan, including Hollywood blockbusters such as “Toy Story 3” and “Sex and the City 2,” as well as Japanese favorites including “Ototo,” “Gekijôban Kamen Raidâ Dikeido: Ôru Raidâ tai Daishokkâ” and “Odoru Daisousasen THE MOVIE 2.”

With iTunes Movie Rentals, once a movie is rented, it starts downloading from the iTunes Store directly to iTunes or Apple TV, and users with a fast Internet connection can start viewing the movie in seconds. Customers have up to 30 days to start watching their movie, and once a movie has been started customers have 48 hours to finish it—or watch it multiple times. In addition to renting movies on the iTunes Store, many movies are available to purchase in HD and SD.

The new Apple TV started shipping in Japan this week and offers the simplest way to watch HD movies on an HD TV and users can also enjoy millions of YouTube videos, more than 200,000 podcasts, 4,000 Internet radio stations and personal photos from MobileMe℠ and Flickr, while music, videos and photos can be streamed from Macs and PCs. Users can control Apple TV with their iPhone, iPad or iPod touch using the Remote app, available now as a free download on the App Store℠, or with the upcoming availability of AirPlay® users will be able to stream music, photos and video from their iPhone, iPad and iPod touch directly to Apple TV.