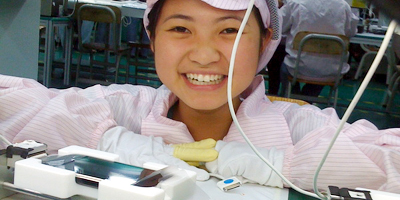 Apple’s suppliers in Taiwan are complaining that their profits are being squeezed due to currency fluctuations. Touch-panel supplier, Wintek, estimates that it is losing half a percent off of its margins.

Another firm, Largan Precision Co., a camera-lens supplier for Apple, said a 1 percent appreciation knocks 0.4 point off the measure of profitability.

The effect? Wintek CFO Jay Huang told BusinessWeek: A lot of the technology firms in Taiwan are export- oriented, so if the strong currency continues we might have to think about raising prices.”

Since Wintek manufactures displays for most of Apple’s hottest products then Apple may have to swallow such component cost rises, or pass them on to consumers with higher prices. Apple has warned that its gross margins may be impacted by component cost rises for the last few quarters.

The Taiwan dollar has strengthened 2.5 percent against the U.S. dollar in the past month.