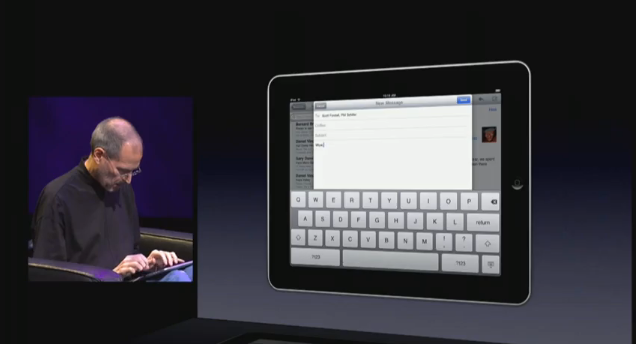 The Seattle Times reports that iPad developer Ram Arumugam e-mailed Steve Jobs over his frustration of having his iPad application rejected. The app, Economy for iPad, was rejected due to Arumugam’s use of private API’s to fix a bug he encountered with the iPad OS’s keyboard controls. Two hours after receiving the developer’s e-mail, Steve Jobs gave him a call to discuss the app rejection.

A couple of hours after I sent the email, I was at a noisy soccer (for kids) arena when I heard my iPhone ring. The caller-id, the caller saying “Ram, this is Steve” and that he was calling from Apple did suggest that it could really be Steve Jobs. He confirmed it when I asked.

After speaking with Jobs Arumugam updated his iPad application to remove the private code, not allowed by Apple, and it was quickly accepted into the App Store. Now it’s the #1 selling financial iPad application. “Imagine what a [call] could do.”

This story proves how much of a hands-on CEO Steve Jobs really is. First, he actually replies to his customer’s e-mails (never ever mine though) and now he actually calls them back to take care of matters. Maybe Jobs was just caring through since Arumugam left Microsoft to create an iOS app development company.