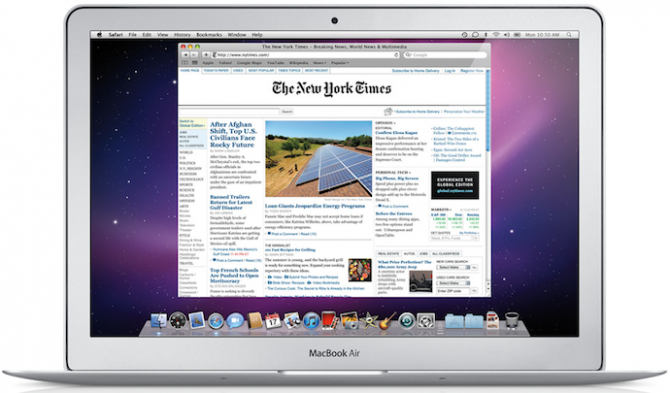 It is no secret that Apple’s latest line of MacBook Airs are shipping without Adobe’s Flash Player due to battery and performance concerns and Adobe’s CEO has shed light as to why these issues may occur. According to Engadget Adobe CEO Shantanu Narayen announced at the Web 2.0 summit that Apple did not provide them with a pre-release MacBook Air for testing and because of this they didn’t have time to launch an optimized version of Flash Player.

According to the CEO “when we have access to hardware acceleration, we’ve proven that Flash has equal or better performance on every platform.” Now that Adobe has some testing units on-hand they are working on a new version of Flash Player for the MacBook Air that shouldn’t kill your battery or performance. In our personal testing of Flash on an 11-inch MacBook Air that results haven’t been too shabby.

Oh, and while they’re at it. Maybe Adobe should work something out with Apple for some sort of light flash on the iPad.