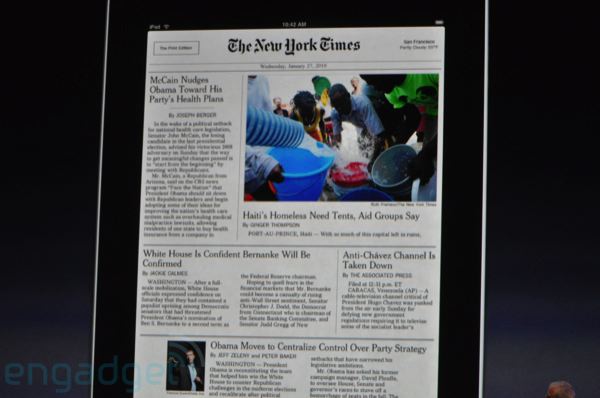 Reuters reports that News Corp executive James Murdoch has confirmed that News Corp will be soon revealing and launching a publication specific for distribution on tablet computers like Apple’s iPad. Murdoch told journalists that the publication is a “tablet-only product and it’s very exciting.” So far there is no specific word as to what this tablet-only publication will entail and Murdoch went on to speak about the tablet form-factor in general.

“The tablet in general, it lends itself to a type of journalism that is really new,” Murdoch said, highlighting the way print looks on tablets and the multi-touch screens that encourage interaction from readers.

The iPad was originally billed by Apple as the future of newspapers and reading and has already made a nice dent in the ebook market with their popular iBooks application along with their iBookstore. Popular publications like the New York Times and Washington Post are also believing in the iPad as a fantastic news distribution device and this is demonstrated from both of the publication’s iPad news apps.